Tim Kurkjian is a baseball writer who tells one of my favorite sports stories.

Ed Farmer was a relief pitcher who was facing Wayne Gross in an at bat that ended with Gross hitting a home run off of Farmer. That should be where the story ends, as an altogether uninteresting moment that happens hundreds of times during a baseball season . . . but baseball players are weird. Farmer thought Gross took too much time rounding the bases and he took offense. As a good baseball player who lives in a game of unwritten rules, he knew that the next time he faced Gross he was getting hit with a fastball.

Gross steps in the box and Farmer immediately hits him with a fastball followed up by a shouting match to let Gross know it was for three years ago, to which Gross simply replied, “Ok.”

The crazy thing about the story was that in the course of the three year gap the two had become teammates and Farmer was pitching Gross batting practice during spring training.

I love that story because I love baseball and it is a weird world that you grow to love, but also because it illuminates perfectly how humanity deals with conflict. It doesn’t matter if that person is on my team or not, they offended me and now they are going to feel the burn of my righteous wrath as it is justly poured out on the evil doer.

I usually try to make a point of not repackaging sermons in the form of a blog—and never repackaging a blog as a sermon—but sometimes a text slides too neatly into the struggle of the immediate and I can’t help myself. A couple weeks ago I was in Romans 12:19-21 and the two-thousand-year-old text was coming after modern Christians. Here are the words of Paul:

Beloved, never avenger yourselves, but leave it to the wrath of God, for it is written, “Vengeance is mine, I will repay, says the Lord.” To the contrary, “if your enemy is hungry, feed him; if he is thirsty, give him something to drink; for by so doing you will heap burning coals on his head.” Do not be overcome by evil, but overcome evil with good.

Built on the context of the passage we walk away with the conclusion that as a living sacrifice (v.1), self-aware (v.3), genuine loving (v.9), Christ follower, built on the mercies of God (v.1), we have no place trying to administer justice at a personal level (v.19). Correcting the wrongs of this world is a job that we are entirely incapable of executing properly; our understanding is limited, our biases are strong, and so we trust God to punish evildoers.

The text itself does not seem particularly difficult to understand but in practice it gets a bit more convoluted. We don’t live in the same world as Farmer and Gross that has unwritten but clearly defined rules of revenge through 90 mph fastballs, but I think it is worth considering whether or not we are in violation of Romans 12 when we make public our personal stories of being wronged.

We love seeing justice served. Just last month the video of Judge Aquilina sentencing Larry Nassar (The US Gymnastics doctor convicted of sexually abusing over 150 women) made its rounds on the internet as she coldly culminated his sentencing with an emphatic, “I just signed your death warrant.” 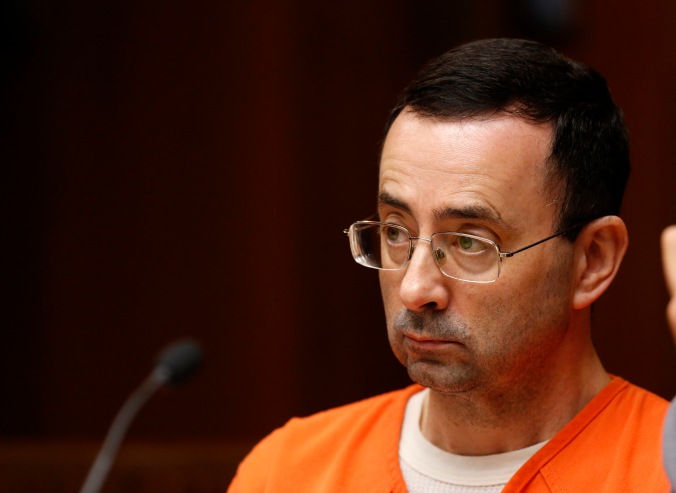 Nassar spending the rest of his life behind bars is ethical and well within the biblical scope of justice—Paul does open ch 13 with the prescription to “be submissive to the governing authorities”—but we must be careful to not let our desire for justice to run rampant in our lives to the point that we turn our back on 12:19 and believe that we need to be the administers of justice.

We have become incredibly cavalier about our motivations for publically calling evil doers evil based on personal offense; we couch the attack in the friendly language of telling our story but the reality is that the outrage revolving around many a personal story is built on the foundation of personal vengeance. We put on the veneer of being motivated by encouraging others who are hurting, or needing to be honest with friends, but it is worth asking if we are really fueled by wanting swift justice to be brought against our wrong doers.

Are we really after vengeance? The type of vengeance that has no place in the Christian life according to Paul.

A good example of this has risen in my world the past few months with my alma mater Moody Bible Institute. Moody has gone through a series of leadership struggles and accusations that have culminated with the president and COO resigning.

There have been increasing tensions from employees, faculty, and students ,  an accuser was fired,  possible financial impropriety,  accusations of racism, and a blog titled The Broken Twig (which continues to be removed and put back up sporadically) that was specifically dedicated to, what the writer viewed as, theological shift at Moody.

Like any news story there are probably elements of truth, elements of exaggeration, and undoubtedly details that are not known. But as the story centers around Moody’s leadership I find myself just as interested in the testimonials from staff, faculty, and students. There are a group of Christians lining up to tell their story of how Moody—or more specifically, other people at Moody—has wronged them.

Is it possible that they are giving the social media equivalent of a Major League fastball in retaliation for wrong doing? Taking up the mantle of vengeance through spotlighting public attention to their hurt. A mantle that is reserved for God. Has the line Paul prescribed been crossed?

It is hard to say, but it is worth considering. I cannot know motivations for anyone who has publically criticized Moody with their personal story of hurt, but I do believe the text instructs Christians to look the deep hurts of their lives in the face and trust God to rightly punish wrongdoing.

There is a side of me that is screaming out, “But that’s not fair!” In our outrage culture letting go of our personal hurt when we could publically call out our oppressor seems like a complete absurdity. But the call of Romans 12 is not to simply throw your hands up in desperation and wait for Christ to return.

On the contrary, Christians fight evil by treating the oppressor as family, giving them food and drink. Subsequently two things happen: I) evil does not spread to the oppressed (v.21) and II) evil may recede from the oppressor (v.20)—depending on your interpretation of the enigmatic “heap coals on their head.”

Armed with an incontrovertible genuine love and a dinner table, we are to fight evil in the world, preventing its spread to us and possibly reducing it in others. Put down our hashtags and personal stories and instead pick up the mindset of our savior, who was reviled and did not revile in return (I Peter 2:23).

Instead of whipping up a mob of rage, we should be laboring over our call to forgiveness.

It’s quite the picture when you think about it. To come home from work and say, “Honey, break out the good dishes and your best pasta recipe. Someone wronged me today at work and we are having them over for dinner.”

When we try to right the wrongs in this world through our own sight of what needs to be avenged we inevitably come up short. Punishing wrongdoing is best left to God.

As Tim Keller said in his commentary on Romans 12, “The gospel promises us justice and reminds us that we are not the ones who give it.”

It is time for vengeance masquerading as stories of personal hurt to disappear from Christian discourse.

Luke is the pastor at Hope Community Church, a church planted by Wallen.